Showing The Unseen Terror: The French Revolution in the Provinces by Richard Ballard 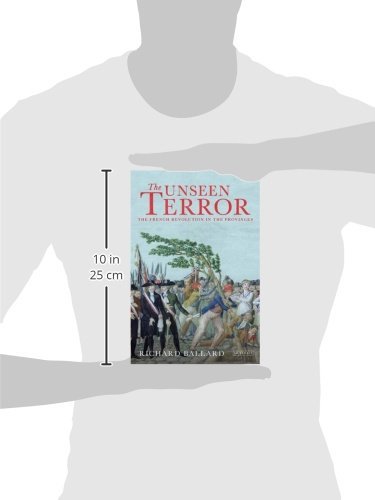 From the fall of the Bastille to the rise of Napoleon, Paris was the stage for most of the greatest crises of the French Revolution. Indeed, for many historians, the Revolution was a distinctly Parisian phenomenon, restricted to the galleries of the Tuileries and the chambers of the Jacobin Club. But Paris was only one setting for a national terror which was frequently and painfully felt outside the capital. What happened during these momentous years beyond Paris? How did the revolution spread from the capital and how did it affect people living in the provinces? Drawing on newly discovered and unpublished sources which cast fresh light on the lives of everyday men and women caught up in the revolutionary ferment, "The Unseen Terror" vividly portrays the impact of revolution in the French provinces. Focusing on the Charente-Maritime department on the west coast, Richard Ballard explores the course of the Revolution outside the palaces and prisons of the capital, reclaiming the pivotal but long-neglected stories of revolutionary and counter-revolutionary tensions in the French countryside. "The Unseen Terror" offers many illuminating insights into how and why the revolution took hold so far away from the French capital. It offers a unique glimpse of the violent events of the Revolution 'from below' and is a rich and important contribution to a fuller understanding of French history.