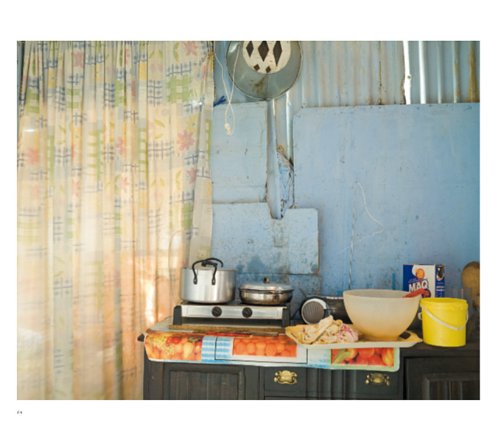 With a keen eye and strong political instincts, photographer Peter Bialobrzeski (born 1961) has made photobooks about new Asian metropolises, wastelands on the outskirts of global cities and a Filipino squatters' camp. His latest project, "Informal Arrangements," opens a window onto the interiors of a South African slum. In 2009, Bialobrzeski shot in Kliptown, a poverty-stricken suburb of Soweto less than ten miles away from a glistening new soccer stadium built for the 2010 World Cup. The area's resonance as a symbol of the vast discrepancies of wealth and status that persist in present-day South Africa--representing, as the South African newspaper "The Citizen" put it, "the dashed hopes and broken dreams of so many"--is unmistakable, and Kliptown has a larger historical significance: it was here, in 1955, that members of the anti-apartheid movement drew up the Freedom Charter, a guiding document for the ANC that today forms a foundation of the South African constitution. The lives of the inhabitants of these informal settlements have scarcely improved in the past 50 years, yet the Kliptownians arrange their homes as comfortably as they can, given what is available to them. With 70 color prints, this book cements Bialobrzeski's reputation as a social documentarian of the highest order. "For me, the individual picture is not too important," he has said. "I am advocating photography as a cultural practice."