Showing The Tragedy of Arthur by Arthur Phillips 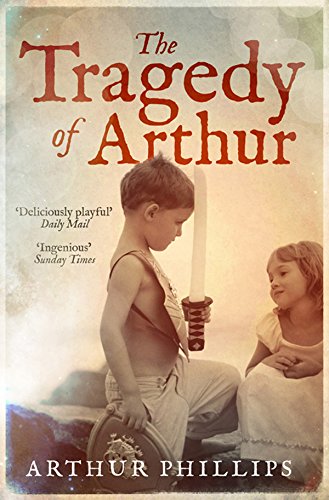 The doomed hero of The Tragedy of Arthur is Arthur Phillips, a young man struggling with a larger-than-life father, a con artist who works wonders of deception but is a very unreliable parent. Arthur is raised in an enchanted world of smoke and mirrors where the only certain fact is his father's and beloved sister's shared love for the works of William Shakespeare— a love so pervasive that Arthur becomes a writer in a misguided bid to win their approval. Near the end of his life, Arthur's father shares with him a treasure that he has kept for half a century: a previously unknown play by Shakespeare, titled The Tragedy of Arthur. Arthur and his sister also inherit their father's mission, to see the play published and acknowledged as the Bard's last great gift to humanity. Unless, of course, it's their father's last and greatest deception.