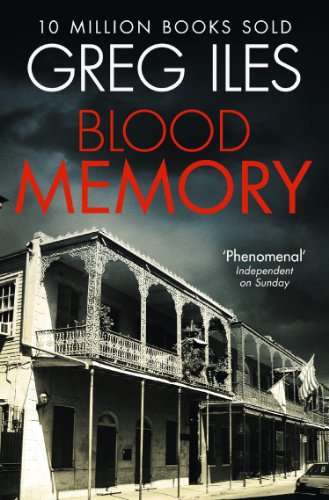 ‘Iles’s way of telling the story lifts him clear of the pack into a different league’ (Observer) in this masterful psychological serial killer thriller from the New York Times No.1 bestseller.

He kills like an animal, but the bite marks on his victims are unmistakably human. In the suffocating heat of a new Orleans summer evening, forensic expert Cat Ferry picks up the phone and knows he’s struck again.

Called on by the FBI to investigate serial murders, Cat has seen some terrible crimes over the years, but none as horrific or apparently random as the sequence of brutal slayings that confront her now.

Cat also has some very personal demons to face. Alcoholic, manic depressive, and secretly pregnant, her cries for help fall on the deaf ears of a married lover. But something associated with this case is calling out to her. Something rooted in the dark recesses of her memory. Someone from the past, who wants Cat to remember what time has allowed her to forget…