Showing The Wars of Afghanistan: Messianic Terrorism, Tribal Conflicts, and the Failures of Great Powers by Peter Tomsen 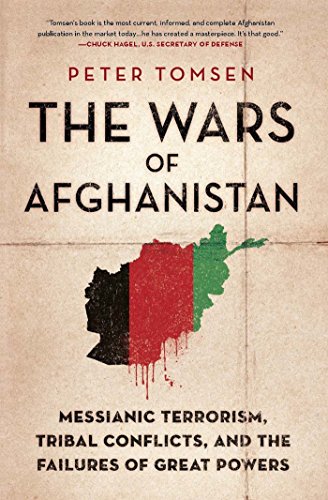 As Ambassador and Special Envoy on Afghanistan from 1989 to 1992, Peter Tomsen has had close relationships with Afghan leaders and has dealt with senior Taliban, warlords, and religious leaders involved in the region’s conflicts over the last two decades. Now Tomsen draws on a rich trove of never-before-published material to shed new light on the American involvement in the long and continuing Afghan war.

This book offers a deeply informed perspective on how Afghanistan’s history as a shatter zone” for foreign invaders and its tribal society have shaped the modern Afghan narrative. It brings to life the appallingly misinformed secret operations by foreign intelligence agencies, including the Soviet NKVD and KGB, the Pakistani ISI, and the CIA.

American policy makers, Tomsen argues, still do not understand Afghanistan; nor do they appreciate how the CIA’s covert operations and the Pentagon’s military strategy have strengthened extremism in the country. At this critical time, he shows how the U.S. and the coalition it leads can assist the region back to peace and stability.