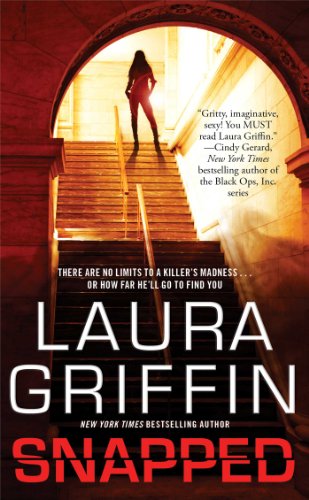 SOPHIE BARRETT THINKS SHE’S LUCKY TO BE ALIVE. SHE MAY BE DEAD WRONG.

On a sweltering summer afternoon, Sophie Barrett walks into a nightmare. A sniper has opened fire on a college campus. When the carnage is over, three people—plus the shooter—are dead and dozens more are injured. Sophie escapes virtually unscathed. Yet as details emerge from the investigation, she becomes convinced that this wasn’t the random, senseless act it appeared to be. No one wants to believe her—not the cops, not her colleagues at the Delphi Center crime lab, and definitely not Jonah Macon, the homicide detective who’s already saved her life once.

Jonah has all kinds of reasons for hoping Sophie is mistaken. Involving himself with a key witness could derail an already messy investigation, not to mention jeopardize his career. But Sophie is as determined and fearless as she is sexy. If he can’t resist her, he can at least swear to protect her. Because if Sophie is right, she’s made herself the target of a killer without a conscience. And the real terror is only just beginning. . . .