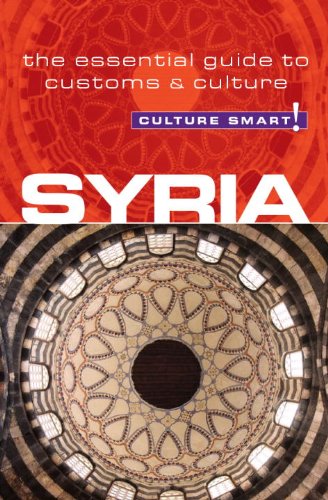 After years of diplomatic isolation Syria is emerging from the cold. Its government is a key Middle Eastern player, and will be a major element of any possible comprehensive Middle Eastern peace deal.

To visit Syria is to become acquainted with one of the most rewarding destinations in the Middle East. Its historic attractions are stunning, and the Syrians are proud and gracious hosts; you can expect to be treated like a person and not just a tourist.  Of course, there are always thorns with the roses: Syria’s economy is inefficient, and its youth are frustrated; the strong-man political system that has held the country together does not encourage public intellectual life, but nor does it prevent young Syrians from debating with passion in private. The Syrian sense of tradition has preserved some of the bad along with the good, and society remains highly patriarchal. Despite such drawbacks, this is a country that’s rich not only in resources, but also, and especially, in its people.

American author Sarah Standish looks at Syria’s long history and its present-day political realities. She describes the many subgroups that make up the population as well as what unites all Syrians. She offers practical tips for traveling and on what to expect when conducting business. You’ll learn how people communicate with each other, and how you can communicate with them. The Syrians will never stop surprising you: get to know a few, and they will turn the stereotypes inside out several times over.