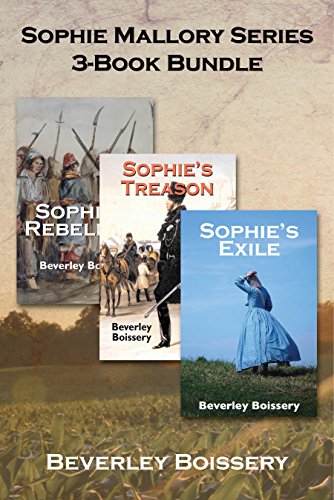 Follow Sophie Mallory’s adventures during the Lower Canada Rebellion of 1838 as she’s taken prisoner by rebels and must save her imprisoned father. Three acclaimed chapter books by historian and author Beverley Boissery are collected in this special three-book bundle!

Rebellion becomes personal for American Sophie Mallory when she’s taken prisoner during a visit to Lower Canada in 1838 but then she is befriended by a young rebel.

Following the 1838 rebellion in Lower Canada, with her father missing and his brother arrested, Sophie and Luc must use ingenuity and courage to secure a bright future.

In the aftermath of the 1838 Rebellion in Lower Canada, Sophie Mallory sets sail to be with her father, wrongfully convicted of treason and deported to Australia.