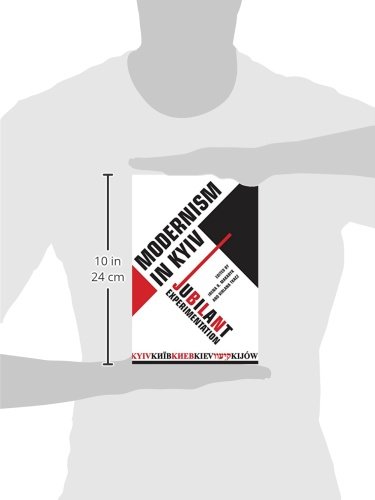 The study of modernism has been largely focused on Western cultural centres such as Paris, Vienna, London, and New York. Extravagantly illustrated with over 300 photos and reproductions, Modernism in Kyiv demonstrates that the Ukrainian capital was a major centre of performing and visual arts as well as literary and cultural activity. While arguing that Kyiv's modernist impulse is most prominently displayed in the experimental work of Les Kurbas, one of the masters of the early Soviet stage, the contributors also examine the history of the city and the artistic production of diverse groups including Ukrainians, Russians, Jews, and Poles. Until now a silent presence in Western accounts of the cultural topography of modernism, multicultural Kyiv is here restored to its historical, intellectual, and artistic complexity. Excerpts taken from the works of artists, writers, and critics as well as the numerous illustrations help give life to the exciting creativity of this period. The first book-length examination of this subject, Modernism in Kyiv is a breakthrough accomplishment that will become a standard volume in the field.