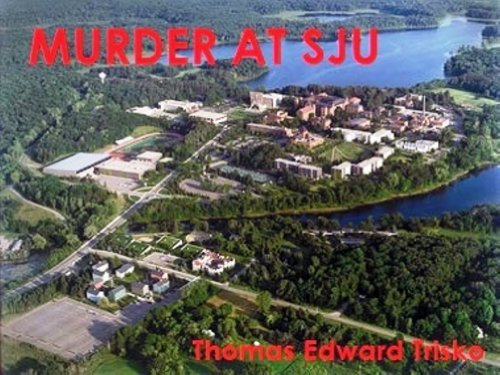 "Murder at SJU" is an adult gay male mystery and romance novel. A Saint John's University college student, Mark Swan, is murdered in 1968 on the campus of SJU in Minnesota. The murder takes place in the outlying acres of SJU’s lakes and forests. Mark's murder is investigated by his secret male lover, David White, forty years later. The investigation leads to a murderer more powerful than Dave could imagine.
In the course of Dave’s investigation, the reader experiences the sweet but closeted student relationship between Mark and Dave. In the 21st Century, there is the sophisticated, humorous, mature relationship of Dave and his partner Christian. The story portrays Dave's multi-faceted emotional life and relationships. He is a 21st Century gay man who has participated in and lived through the gay rights and AIDS struggles of recent decades. Dave is thrown into these struggles earlier than most when Mark is murdered. Forty years later Dave is determined to at last find out who committed the outrage of murdering Mark and wrecking that emotional facet of Dave's life.

On the lighter side, there is also Dave’s inexplicable attractiveness to and sexual encounters with younger guys, as well as his joyful loving intimacy with Christian.