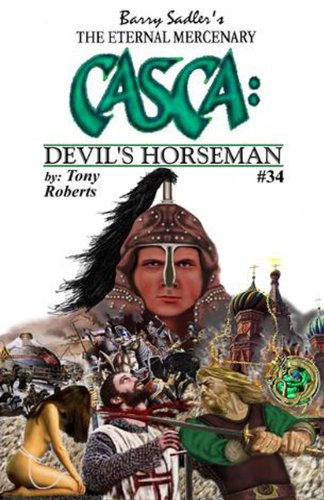 The Mongols are on the move again and Russia is their target. Casca rejoins the Horde after an absence of nearly twenty years and finds the unity that Genghis Khan brought them is beginning to fracture. Rival factions vie to promote their candidate to succeed the ailing Ogedei Khan and Casca is dragged into the murky world of Mongol politics when he is given the coronation stone to guard. Even as the Horde plunder their way through Russia, slaughtering as they go, Casca has to watch his back as one faction or the other send agents to take the stone.

It is only when his woman is kidnapped by an unknown faction that Casca decides to take matters into his own hands and make his choice as to who should succeed on the throne. But first a war must be won and on the plains of Hungary the final confrontation takes place as the campaign reaches its bloody climax.