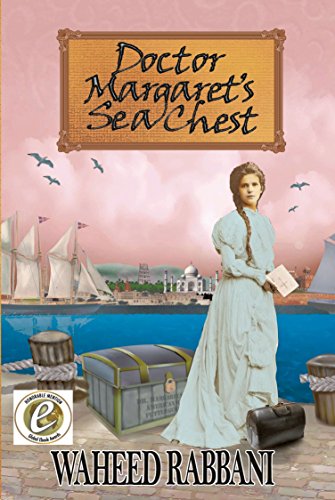 “Doctor Margaret’s Sea Chest” is Book I of a series covering India’s struggle for freedom from the British Raj.

American Doctor Margaret's sea chest is discovered in a hospital in Delhi. The coffer contains her diaries and other artifacts.

Margaret, despite facing tremendous obstacles, is one of the first American women doctors to graduate in 1850. She marries her Canadian cousin. They travel to serve in the 1854 Crimean war. There they have to not only face hardships of battles, but also endure other conflicts.

The surprise ending of Book I, leaves Margaret in a quandary on whether to seek revenge or to continue on with her journey to India.