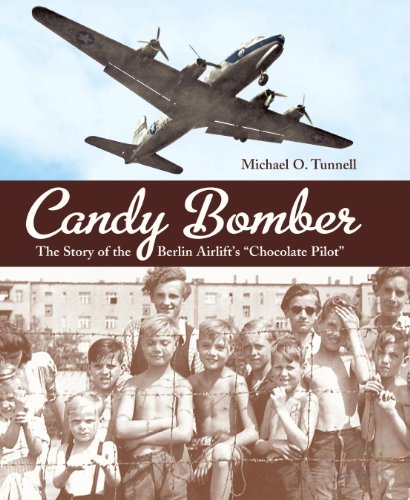 After World War II the United States and Britain airlifted food and supplies into Russian-blockaded West Berlin. US Air Force Lieutenant Gail S. Halvorsen knew the children of the city were suffering. To lift their spirits, he began dropping chocolate and gum by parachute.

Michael O. Tunnell tells an inspiring tale of candy and courage, illustrated with Lt. Halvorsen's personal photographs, as well as letters and drawings from the children of Berlin to their beloved "Uncle Wiggly Wings."