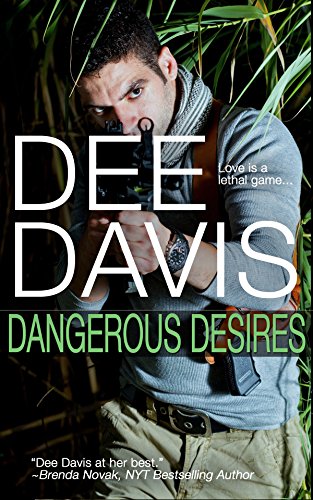 As the extractions expert for A-Tac, an elite CIA black ops unit masquerading as faculty at an Ivy League college, Drake Flynn knows how to survive behind enemy lines. But he’s about to meet one adversary he can’t subdue . . . or resist.

A RACE FOR SURVIVAL

Stranded in the Colombian jungle after a mission goes bad, Drake has only one objective: evade the mercenaries hot on his trail and deliver “the package” to U.S. officials. But “the package” has a mind of her own, and she has no intention of trading one set of captors for another. Madeline Reynard is beautiful, headstrong, and hell-bent on escape after years as a crime lord’s pawn. She’ll risk everything for freedom, even if it means deceiving the dark, handsome soldier who now holds her life in his hands.
Drake has been burned too many times to let a woman manipulate him, especially a secretive one like Madeline. Even so, they cannot deny the attraction between them. Now as enemy forces close in, Drake and Madeline must trust each other with their lives—or face certain death.