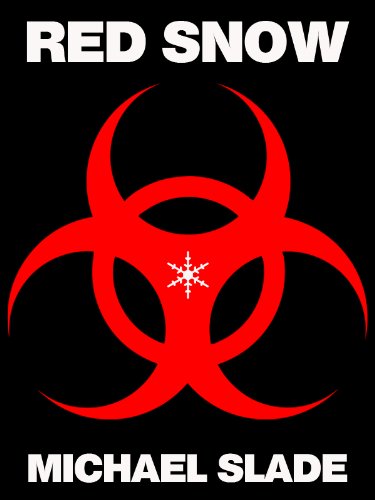 Someone is bushwhacking athletes preparing for the Winter Olympics.

Soon, a winter whiteout and a madman’s gang of mercenaries cut Whistler Mountain off from the rest of the world.

Bent on a bloody vendetta, Mephisto sets his sights on Chief Superintendent DeClercq. His plan includes assassinating those closest to the Mountie. And that's just the start of his doomsday scheme.

"Just in time to scare the liver out of people heading for the Olympics. This one is guaranteed to keep you awake with the lights burning." - The Globe and Mail

"Slade's books are blood-chilling, spine-tingling, gut-wrenching, stomach-churning, and a much closer look at the inside of a maniac's brain than most people would find comfortable - but always riveting." - Diana Gabaldon (the Outlander series)

"Hot read! If you like gore and action, then this novel delivers." - Montreal Gazette

"Crisply-written, sly and exciting. Slade is a writer who clearly knows how to tell a story and make it real. A warning: it's not for the squeamish, or for those who suffer from chionophobia (the fear of snow, red or otherwise)." - Robert McCammon (the Matthew Corbett series)

"In the annals of dark fiction, Canada can claim one true champion in Michael Slade. Red Snow’s plot yanks you compulsively toward its solution, and the shocks make you jerk back in fright." - Toronto Star

"Red Snow is Slade in top form with his trademarked relentless pacing and one of the most ingenious and unsettling murder weapons ever imagined." - F. Paul Wilson (the Repairman Jack series)

"Another Slade Slam-dunk! His genius lies in being able to scare readers to death by injecting psychotic nightmares into humdrum, everyday reality." - Jack Whyte (the Camulod Chronicles)

"A great villain. Mephisto is the kind of homicidal maniac you can't take your eyes off. With good twists, the writing is tight and compelling." - Winnipeg Free Press

"If it bleeds, it leads. The title says it all. Slade's gory mayhem imagines every worst-case scenario Olympics Security could possibly face." - The Vancouver Sun

"What evil lurks in those packed Olympics hotels? Michael Slade has a few ideas. He won't be winning any gold medal of appreciation in this Olympics year - or, perhaps, any in the next decade." - National Post

"If you've got the stomach for the strong stuff, Red Snow gets the job done." - Calgary Herald

Criminal lawyer Michael Slade has acted in over a hundred murder cases. He specializes in the law of insanity, and argued the last hanging appeal in the Supreme Court.

Slade was guest of honor at both the World Horror Convention in 2001 and the Bloody Words Crime Convention in 2011. He teaches “How to Write a Mystery Thriller” at Simon Fraser University.

Slade was guest speaker at the international Police Leadership Conference and several RCMP regimental dinners. Reader’s Digest says: “The Slade books have developed a strong following among police officers because of their strict adherence to proper police procedure.”