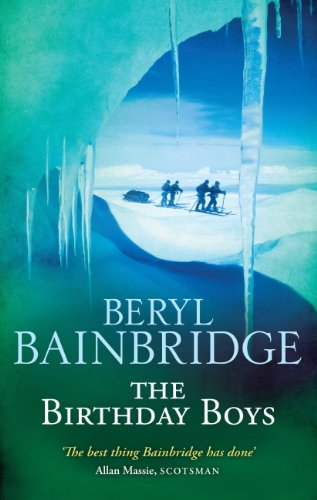 Beryl Bainbridge gets better and better . . . she has succeeded with a daring leap of emphatic imagination in penetrating the minds of Captain Scott and the four men he led to their deaths in Antarctica in 1912' Patrick Skene Catling, Evening Standard

THE BIRTHDAY BOYS is classic Bainbridge - one of her absolute best. It is a fictional account of Captain Robert Scott's 1910 expedition to Antarctica told from the perspectives of five men on the voyage: Scott; Petty Officer Taff Evans; ship's medic Dr Edward Wilson; Lieutenant Henry Bowers; and Captain Lawrence Oates.