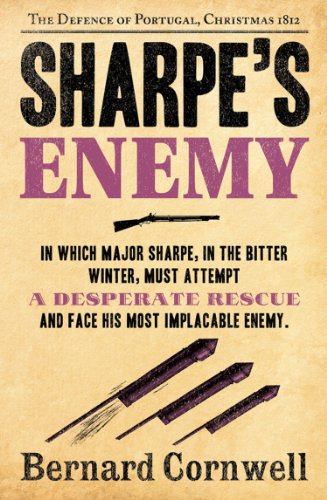 Major Sharpe, in the bitter winter, must attempt a desperate rescue and face his most implacable enemy.

Newly promoted, he is given the task of rescuing a group of well-born women, held hostage high in the mountains by a rabble of deserters. And one of the renegades is Sergeant Hakeswill, Sharpe’s bitter enemy.

Sharpe has only the support of his own company and the new Rocket Troop – the last word in military incompetence – but he cannot afford to contemplate defeat. For to surrender or to fail would mean the end of the war for the Allied armies…

Soldier, hero, rogue – Sharpe is the man you always want on your side. Born in poverty, he joined the army to escape jail and climbed the ranks by sheer brutal courage. He knows no other family than the regiment of the 95th Rifles whose green jacket he proudly wears.