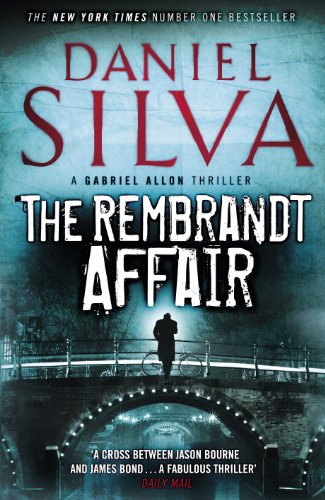 Two families, one terrible secret, and a painting to die for . . .

Glastonbury, an art restorer, has been brutally murdered, and the newly discovered Rembrandt he was working on has disappeared.

For spy turned art restorer Gabriel Allon, it has been six months since his final showdown with the murderous Russian oligarch and arms dealer Ivan Kharkov. He has severed his ties with the Office with only one thing in mind: recovery. But this unspeakable act of violence once again draws Allon into a world of danger he thought he had left behind for ever.

Allon is persuaded to use his unique skills to trace the painting and those responsible for the crimes. As he investigates, he discovers there are terrible secrets connected to the painting, and terrible men behind them. Before he is done, he will have undertaken a journey through some of the twentieth century's darkest history - and come face to face with some of the same darkness within himself.