Showing Badass: A Relentless Onslaught of the Toughest Warlords, Vikings, Samurai, Pirates, Gunfighters, and Military Commanders to Ever Live by Ben Thompson 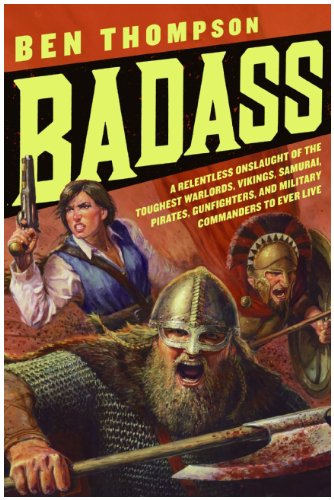 Badass Chronicles the asskicking age of antiquity to the fearless modern era in chapters that include the stories of: Ramses II - the greatest of the Egyptian Pharaohs; Alexander the Great - Macedonian King who conquered the entire known world before his 33rd birthday; and, Blackbeard - the most feared cutthroat to ever sail the Caribbean. Full description