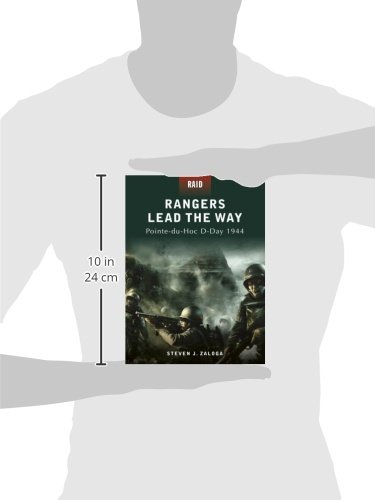 In the early hours of D-Day, 1944, a group from the US Army 2nd Rangers Battalion were sent on one of the legendary raids of World War II. The mission was to scale the cliffs overlooking Omaha beach and assault the German coastal artillery at Pointe-du-Hoc. It was thought that only a raid could ensure that the guns would remain silent during the D-Day landings. But allied intelligence was wrong. After climbing the cliffs under aggressive German fire and securing the battery site, the Rangers discovered that the guns themselves were no longer there. It was only due to the heroic actions of the Rangers involved that the guns were located in firing positions facing Utah beach and destroyed before they could be used. In the first of a brand new series for Osprey, this act of audacious daring is brought to life, complete with illustrated artwork, maps and rare German accounts. Taking a more critical look at the story, Steven Zaloga analyses every detail, from the intelligence failings to the boldness of the Rangers' in the face of such odds.