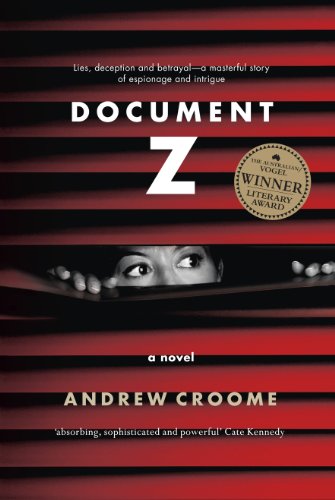 Evdokia knew that the crowd was here for her. Hunting her. From the back seat of the Cadillac, she peered into their faces beyond the glass. Angry looks. Perplexed and desolate. Some were already shouting, trying the handles on the doors. There were Russian voices. English voices. Several times the sound of her name.She was certain these people would kill her before they'd let her through the terminal and onto the plane. Beside her, Zharkov thrust the door open and Evdokia stepped out following, thinking she must be mad. Just close your eyes, she thought. Keep your feet marching like the Pioneer Youth. Guns under the jackets of her escorts. This might be it, she realised. A chaos building, a climbing potential. Defector's Wife Dies in Airport Shootout.

Canberra, 1951. The Cold War is at its height. Into an atmosphere of paranoia, rumour and suspicion, Vladimir and Evdokia Petrov are among a group of new arrivals at the Soviet Embassy in Canberra. Both are party loyalists, working for the MVD, Moscow intelligence. Yet all is not well in the new city of Canberra. The atmosphere in the Embassy is tense and suspicious; the Ambassador resents their presence, and is secretly working to have Vladimir disgraced and recalled. In the meantime, ASIO are determined to discover who in this new group works for the MVD. Only three short years later, Vladimir has defected and his wife Evdokia is held prisoner at the Soviet Embassy, waiting to be transported back to Russia to face punishment or death for his crime. How did it come to this?

A tightly told story of secrets, lies, deception and betrayal - both personal and political - Document Z, the winner of The Australian/Vogel Literary Award, is a taut and atmospheric novel of political espionage and intrigue which brings our recent history vividly and immediately to life.

'A remarkable achievement . . . a story that is emotionally and politically complex as well as consistently human . . . distinctive and significant' - Matt Rubinstein