Showing The Betrayal of the Blood Lily by Lauren Willig 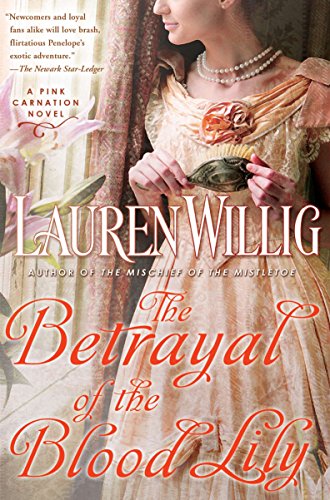 Whisked away to nineteenth-century India, Penelope Deveraux plunges into the court intrigues of the Nizam of Hyderabad, where no one is quite what they seem. New to this strange and exotic country- where a dangerous spy called the Marigold leaves venomous cobras as his calling card-she can trust only one man: Captain Alex Reid.

With danger looming from local warlords, treacherous court officials, and French spies, Alex and Penelope may be all that stand in the way of a plot designed to rock the very foundations of the British Empire...