Showing Death on the River by John Wilson 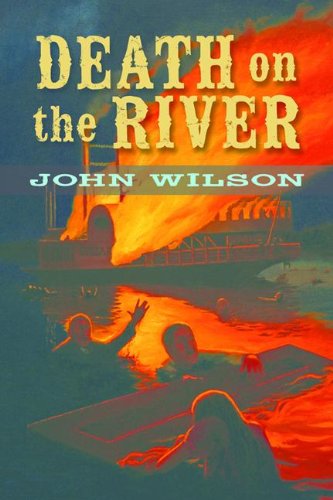 Set during the last year of the American Civil War, this grim portrayal of the brutality of war through the eyes of a young soldier, Jake Clay as he joins the Union Army in the spring of 1864, determined to make his parents proud. His dreams of glory vanish, however, when he is wounded and taken prisoner in his first battle at Cold Harbor, Virginia, and confined to the Confederate prison camp at Andersonville, where 30,000 soldiers face violence, disease and starvation. Frightened and disillusioned, Jake takes up with Billy Sharp, an unscrupulous opportunist who shows him how to survive, no matter what the cost. By the war's end Jake's sleep is haunted by the ghosts of those who have died so he could live. When the camp is liberated, Jake and Billy head north on the Mississippi riverboat Sultana, overcrowded far beyond its capacity. Unknown to Jake, the fateful journey up river will come closer to killing him than Andersonville did, but it will also provide him with his one chance at redemption.